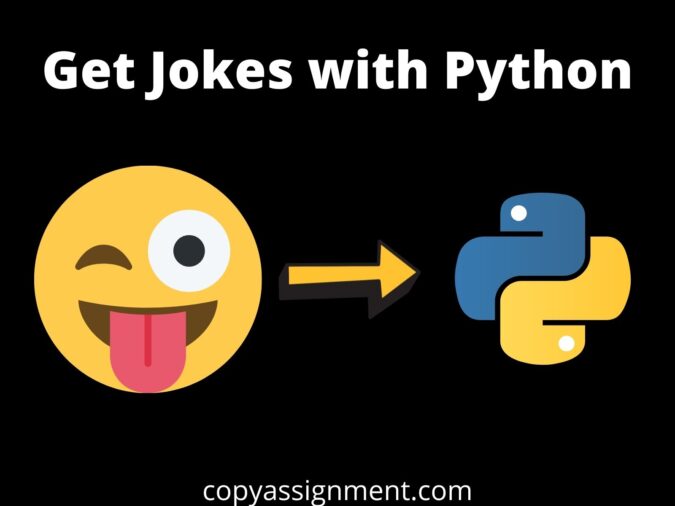 In this post, we will see how can we Get Jokes with Python. We will be using pyjokes module to get jokes.

To install pyjokes, go to the terminal and type

This will we just two or three lines of code, wherein the first line we will import the pyjokes module and in the second-line, we will print one or more jokes.

To import the pyjokes module, type–

To print a random joke, type–

And, to print a list of many jokes, type–