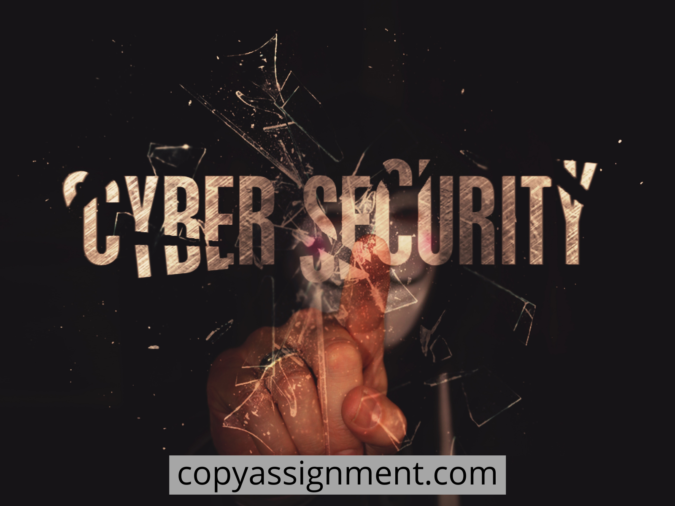 Ethical hacking has a security assessment aspect that can help improve an organization’s security posture. An ethical hacker must gain written permission from the owner of the computer system and should protect the privacy of the computer owner, transparently report the possible weaknesses, also identify and report software and hardware vendors of the identified weaknesses.

What are the key concepts of ethical hacking?

Expert ethical hackers have a certain protocol they use to carry the process.

The hacker first obtains written legal permission to carry out the procedure. The right to the computer systems is obtained from the organization one is hacking their computers systems.

Defined scope of the work

The scope of the work by the hacker is clearly defined so the hacker remains within the boundaries of the scope. The scope must be within the organization’s approved limits.

Ethical hackers are to keep the agreement of not disclosing any information obtained from the systems. The non-disclosure agreement will be based on the sensitivity of the data being worked on.

The hacker has the responsibility of reporting to the organization of any weaknesses found in their systems so that they work on fixing them or offer the expert hacker permission to fix them.

Ethical hackers use knowledge and technology to determine the safety of an organization’s computer system and thereafter improve the technology of the organization. They provide essential service by checking any vulnerability which can be a security breach in the systems.
An ethical hacker will report the findings of their job to the company after the task. They offer remedy advice to the problems identified to the relevant authorities in the company.
Malicious hackers gain access to the systems without the relevant permission for their financial gain and personal recognition. Others crash websites for fun, reputation damage, and causing financial losses. The vulnerabilities found in the systems are not reported. Instead, they keep it for their own use of access.

Is it necessary for ethical hackers to have specific skills and certifications? Which ones are they?

What problems does hacking identify?

Ethical hacking seeks to imitate an attacker while examining the security of an organization’s IT assets. They are looking for attack vectors against the victim while doing so. The first objective is to conduct reconnaissance and gather as much information as possible. Once the ethical hacker has gathered enough data, they will use it to seek for flaws in the asset.

They use a combination of automated and manual testing to complete this evaluation. Even advanced systems may be vulnerable to complex countermeasure methods. They don’t stop there when it comes to finding flaws. Ethical hackers use exploits to demonstrate how a malevolent attacker could exploit a vulnerability. Ethical hackers have uncovered several vulnerabilities, including the following.

Terrorist organizations fund hackers to breach security systems in the early stages of international wars, either to damage national security features or to extort large sums of money by introducing malware and withholding access. Cybercrime is on the rise. Every day, new worms, malware, viruses, and ransomware arise. This necessitates the usage of ethical hacking services to protect the networks of corporations, government agencies, and defense.

Hackers come in a variety of shapes and sizes, and they are named based on the purpose of the hacking system. In general, there are two types of hackers: White-Hat and Black-Hat. The names are inspired by classic spaghetti westerns in which the good guy wears a white hat and the bad guy wears a black hat.

Reconnaissance, also known as the footprint or information gathering phase, is the first step in the ethical hacking approach. The purpose of this preliminary phase is to gather as much data as possible. The attacker gathers all required information about the target before executing an attack. Passwords, employment information, and other sensitive information are likely to be included in the data.

An attacker can obtain information about an individual by utilizing tools like HTTPTrack to download a whole website and gather information about them, or by using search engines like Maltego to investigate them through numerous links, employment profiles, news, and so on. Reconnaissance is an important step in ethical hacking.

It assists in determining which assaults are possible and how vulnerable the organization’s systems are to those attacks. foot-printing gathers information from a variety of sources, including Services for TCP and UDP, Vulnerabilities, via means of certain IP addresses of a network’s host.

Scanning is the second step in the hacking approach, in which attackers explore various methods to get access to the target’s information. The attacker seeks user accounts, credentials, IP addresses, and other information. Finding easy and quick ways to enter the network and scan for information is the first step in ethical hacking.

In the scanning phase, tools such as dealers, port scanners, network mappers, sweepers, and vulnerability scanners are used to scan data and records. There are four different sorts of scanning procedures employed in ethical hacking methodology, which are as follows: Vulnerability Assessment, Scanning of the Port, Scanning the Internet.

An attacker employs all means to gain unauthorized access to the target’s systems, applications, or networks in the next stage of hacking. an attacker can utilize a variety of tools and approaches. This hacking phase attempts to get into the system and exploit the system by downloading malicious software or application, stealing sensitive information, getting unauthorized access, asking for ransom, etc.

One of the most extensively used tools for gaining access is Metasploit, and social engineering is a regularly utilized technique to exploit a victim. Ethical hackers and penetration testers can safeguard potential entry points, verify that all systems and applications are password-protected, and use a firewall to secure the network architecture. They can send bogus social engineering emails to employees and figure out who is most vulnerable to hacks.

Once the attacker has gained access to the target’s system, they make every effort to keep it. The hacker continues to abuse the system, execute DDoS assaults, use the hijacked system as a launching pad, or take the full database during this stage. He or she uses Backdoors and Trojans to exploit a weak system to steal credentials, important records, and other information.

The attacker’s goal in this phase is to keep their unauthorized access until they finish their nefarious operations without the victim noticing. This phase can be used by ethical hackers or penetration testers to scan the entire organization’s infrastructure for harmful activity and their root causes to prevent the systems from being compromised.

Hackers must remove their tracks in the final phase of ethical hacking, as no attacker wants to be detected. This procedure ensures that the assailants leave no traces or evidence that can be traced back to them. It is critical because ethical hackers must remain connected to the system without being detected by incident response or the forensics team. For example, editing, distorting or deleting logs or registry values. In addition, the attacker deletes or uninstalls folders, apps, and software, and guarantees that the modified files are traced back to their original value.

The scope of the project is limited: Ethical hackers must stay inside a set scope in order to carry out a successful attack, However, it’s not unreasonable to bring up the possibility of an out-of-scope attack with the organization.

Constraints on resources: Malicious hackers are not constrained by the same time limitations that ethical hackers are. Ethical hackers face additional limits in terms of computing power and budget.

Methods that are restricted: Some companies hire experts to help them avoid test situations that cause the servers to fail.