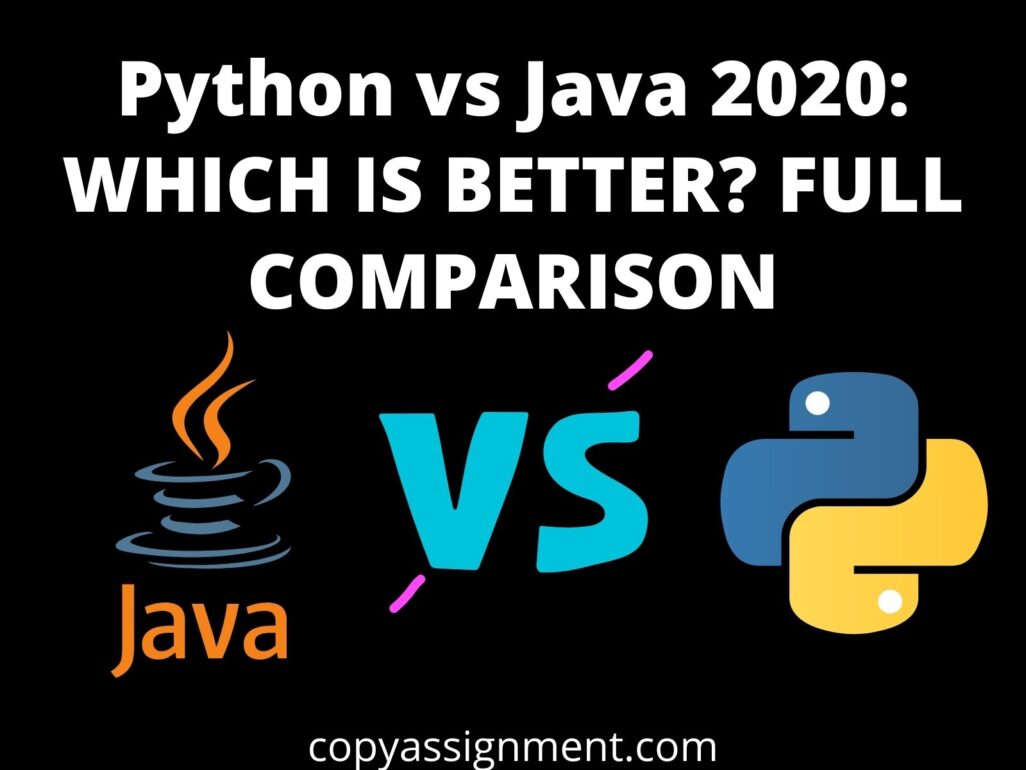 This article is going to be a one-stop solution for developers to decide which language he/she should consider between Python vs Java.

First, solve the problem. Then, write the code

Java is an object-oriented, platform-independent, and high-level programming language. It is a general-purpose programming language designed to follow the write once, run anywhere rule. That means after compilation Java code can run on all platforms that support Java without the need for recompilation. After the compilation of Java code, bytecode is created that can run on any Java virtual machine (JVM) regardless of the underlying computer architecture. Also, Java is a statically typed language meaning that you have to specify the data type and Java is faster than Python.

Python is also an object-oriented and High-level programming language just like Java but it is an interpreted language. It is dynamically typed which means you don’t need to specify the data type. This language is specially made for beginners to learn to program as it is very easy to learn. This language has rich library support. Python is widely used in Machine Learning, Deep Learning, Neural Networks, NLP, and Artificial Intelligence.

Before going into more technical differences let’s first check out answers for your questions in order to save your time!

The beginner’s dilemma: Which Programming Language to Learn First Python or Java?

Choosing a language to start the coding journey is difficult, so having this dilemma is completely fine. If you’re going to start your coding journey, it is very important to choose the correct language. Bad choice of language can set you up for hating the coding or programming for a lifetime. Your 1st programming language is going to teach you the basics of programming which acts as a foundation. If you build your foundation strong then only you can make a strong building.

Python is a very easy language to learn. Its syntax is very simple as compared to other languages like Java, C, or C++. It’s just like giving commands in simple English(not exactly).

Using Python, you will be able to make fun programs (simple games) very early in your coding journey and that will boost your confidence to go for programming. Another reason to start with Python is that the community of python is huge so if you face any error you can easily find the solution. Python is widely used for Machine Learning, Deep Learning, and Artificial Intelligence. So, if you have an interest in any of these fields Python is the best choice.

Python vs Java: Why and which one should you choose for building projects?

Python is a popular language for being concise and readable, allowing the developer to do the same things in less time with fewer lines of code.

According to the survey of stack overflow, Python is at rank #3 in most loved language and at rank #1 in most wanted language.

Most good programmers do programming not because they expect to get paid or get adulation by the public, but because it is fun to program.

Main Difference Between Java and Python

Final Thoughts on Java vs Python

Java and Python both are very powerful languages, they both very popular. Python’s popularity is growing exponentially because of its use in data science, and IoT fields. We cannot pick anyone and say ok this is better than the other. If you’re interested in Software Engineering roles and want to handle systems for large corporations, and if you want to develop Android applications the Java is the best choice for you. On the other hand, If you’re interested in the field of data science or IoT roles, If you’re starting your coding journey, and if you’re going into web development then you can go for Python.

Code is like humor. When you have to explain it, it’s bad.

Thanks for reading this article, we hope it help you to clear your doubts.