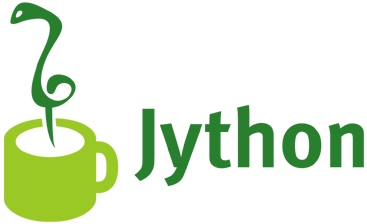 Jython is an open-source platform that is implemented by python which is written in java. It provides access to a wide range of java library classes and is integrated with the java platform.

Jython is easy to implement and easy to use and write code in python while still being able to use existing java components, tools, applets, and servlets.

A java programmer can make use of all the applications faster without any robustness, functionality, or quality.

Jpython was developed and implemented in the year 1997 by Jim Hugunin. Jython was moved to Sourceforge.net in the year 2000 by Barry Warsaw as an open-source project. SourceForge is a company that changes Python to Jython.

Jython is the implementation of Java Virtual Machine for the python programming languaneg.It runs on the java platform. Jython is used to import and use java classes and  Jython compiles the programs to bytecode. The additional feature of Jython is that the user interface is designed in python which can use GUI elements of Swing, AWT and SWT packages.

It is dynamic to Java Bytecode: It provides maximum performance without any interactivity with java packages.

It Extends JavaClasses: This allows extending existing java classes with the use of abstract classes.

It is static: It is provided with an optional static compiler that helps in the development of applets servlets and Beans packages.

Difference between Python and Java

Following are the differences between Python and Java

Python has fewer legacy problems making it difficult for organizations to copy and paste whereas Java legacy systems are typically larger and numerous.

The syntax of python is easier when compared to java.

Python is more productive as codes can be written in fewer lines whereas java is less productive because the variables have to be defined.

Difference between Python and Jython

Python and Jython are cross platforms but Jython requires JVM with the cross-platform environment.

The file extension of Jython is .class whereas Python is .py

The above code implementation using Java

The Installation of Jython is very simple and quick as we move forward for installation one must have JDK 7 or more installed in their systems.

Jython is available in the form of a Jar file. Click the link to download or run the below command on command prompt

A pop-up appears with which installation options have to be given.

Step 4: Confirm the options and complete the installation process.

It might take few minutes to complete the installation process

Once the installation is complete Then invoke Jython.exe from the bin dorectory inside the destination file. Lets consider that Jython is installed in C:\Jython20, execute the path in the command line

A python prompt will appear in which any python script or any command can be executed.

One of the best features of Jython is it has the ability to import Java classes in a python program. We can import any Java package or class in Jython, it is similar to Java program. Now let us consider a small example the below example shows how the java’s package which is java.util package is imported in Python that is Jython script.

Few of them are

Any Java package can be imported into a Jython script. Here, there are few examples

The Hello.class is imported in the following Jython script. Methods in this class can be called from the Jython script importex.py

Save and execute the above script from the command line to get the following output.

Python has gained immense popularity and support from various programmers and developers worldwide. This consists of an environment that runs in java. Jython works everywhere when a JVM function is implemented.

Many Tech Giants like IBM, Amazon, and Google are the users of Jython as they have spatial partnerships with java. The company has various users and the developers who are among the python lovers. Many developers tend to use Jython other than R, Scala, and many other programming languages because it has the potential to solve scientific problems in Machine learning, Deep Learning, and Artificial Intelligence.

In the real world, Jython has its own flavor in programming languages as it gives the programmers and developers access to Python along with Java Classes so that for the development of special purpose programs in simpler languages. The combination of Python and Java developers can avoid single-threaded Python and can improve their performance.

Jython may be supporting the python 2,7 versions but Python 3 has huge support and various users worldwide so Jython continues to be updated and the versions of java keep on updating on other hands. So it is better to get our hands dirty experimenting with Jython and since the codes are customized we have to not worry too much about the compatibility and complexity.