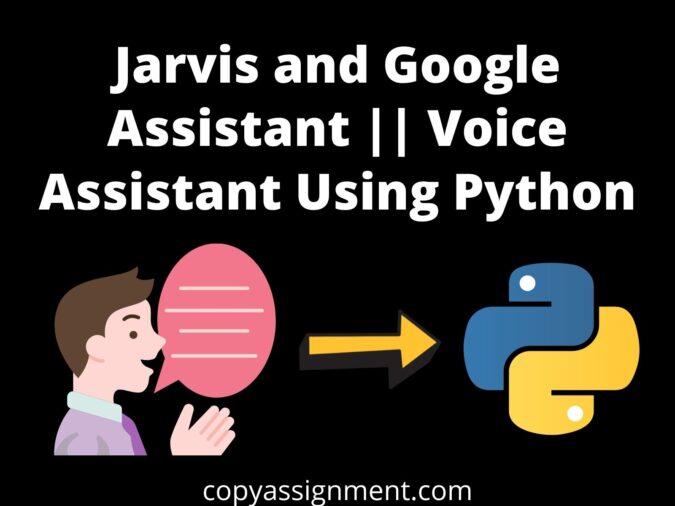 Today we are going to make a Voice Assistant Using Python that can behave as Jarvis assistant or Google assistant.

This assistant can talk to you or communicate with you using your voice like Google Assistant or Jarvis.
But, this will not be that advanced, this will totally depend on the if..else.. condition which we will use inside our Program.

There are three requirements–

1. PyAudio — to install pyaudio, go to the terminal and type,

We have used three modules of Python here, pyaudio is working in the background and is necessary to be installed.

Here, we have made the take_command() function so that it can be used here as the ear of our voice assistant in Python which ultimately uses the speech_recognition module.

Similarly, we have made the Speak() function so that it can be used here as the mouth of our voice assistant in Python which ultimately uses the pyttsx3 module.

Get WiFi Passwords With Python