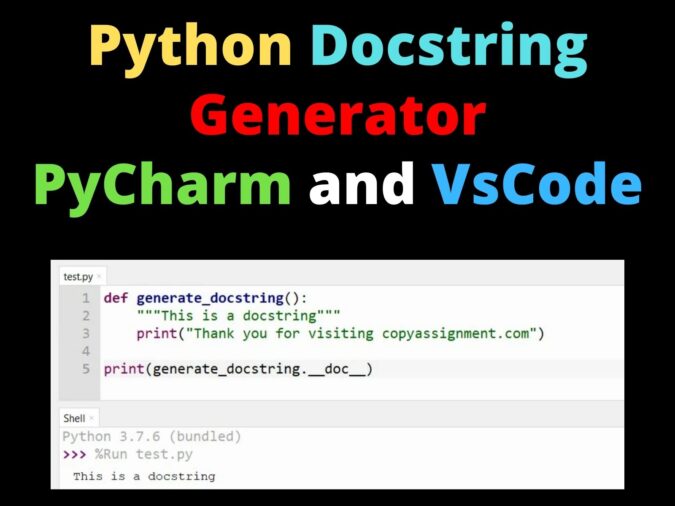 In this article, we will see Python Docstring Generator for PyCharm and VsCode. We will give you the simplest explanation of how to generate docstring in Python for PyCharm and VsCode. There is a built-in function in PyCharm for generating Docstring for any function, module, or library in Python. For VsCode, we will install a third-party extension to generate docstring in the Python functions, modules, or libraries.

What are Docstrings in Python?

Python documentation strings (or docstrings) are strings that are used to describe modules, functions, classes, and methods. Check the example below to know how to generate and access docstrings in Python.

To generate the docstring in Pycharm IDE follow the steps shown in the video:

To generate docstring automatically in vscode we need to install an extension in our vscode. The extension is autoDocstring:

After installing this library, to generate docstring just follow the steps shown in the video:

We hope this article on the Python Docstring Generator helps you.