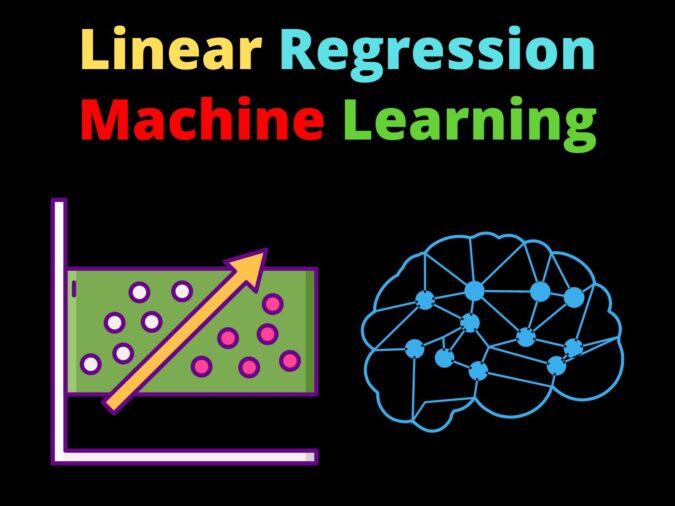 Hi guys! So until now, we’ve learned about how we can use libraries to play with data. We did data analysis on a real dataset and we also learned how to visualize data. But what was the purpose behind it? Why do so many things? What are we trying to achieve? I’ll tell you all about it along with a seemingly simple ML algorithm called Linear Regression.

Before going on it’s recommended you know how to use commonly used libraries like NumPy, pandas, etc. You can learn about them here.

So let’s say John is a developer who is given a task to find the yield of crops given the amount of rain and temperature throughout the year. John tried finding the relation between yield and other factors and hard code an expression to find the yield. John is exceptional at math and found an expression takes predicts this with decent accuracy. The Boss was happy!

Next data he is assigned another project where now he has to find if a person has diabetes or not based on given data. Well as intelligent as John is he got really tired after yesterday. He still took the same approach and submitted his project.

Did you notice how John had to find the best-fit expression for the data every time he is given data? If only there was a way to predict the value for any dataset without recoding everything and there is! And that’s what Machine Learning can do.

Machine learning allows an algorithm to become more accurate at predicting outcomes without being explicitly programmed to do so. Predicting is one of the things that ML can do but actually, you can do much more cool stuff with it too and once you go deep into it you’ll learn all about it.

So until now, we’ve done a lot of things with data. We’ve handled missing values, handled string data and we’ll learn to do much more cool stuff in the future. But why? Why does it? To put it simply when you train a model you need the data to be all numerical, there shouldn’t be missing values or strings. Um Ok! But why analyze the data?

The purpose of analyses is to find important features and the useless ones that were destined to be removed in order to improve the quality of data, by removing any unnecessary feature that might hinder the training algorithm.

In machine learning, you’ll usually work with predicting an outcome, and based on what you are predicting you can classify an ML problem in two:-

What is Linear Regression?

Alright, so we are all set to learn our first ML algorithm, yay! So what exactly is Linear Regression? Linear Regression is a machine learning algorithm based on supervised learning. It basically performs a regression task. It is mostly used for finding out the relationship between variables. Linear regression models differ based on the kind of relationship between dependent and independent variables they are considering, and the number of independent variables getting used.

Some of the assumptions of Linear Regression are,

Now, let’s understand the long answer, imagine you have the following dataset:-

So the above data is pretty simple x is our input and y is the output. Now we have the task of predicting y given x. Before moving ahead let’s plot it.

But how do we define the best prediction? Well, we take a metric and the line that gives the best value for that metric is our best fit line for the data. For regression, we generally use metrics like RMSE, MAE, etc.

For the above dataset, the best line is y = 0.43x + 1.57. That is the equation of the line that best fits the above-given dataset and as we can our dataset the value of the line changes too. That basically means that most of the points in the dataset should be on or near the line. Let’s plot this line and verify.

That seems fine, I mean there can be infinite lines but the one that best fits the given dataset is this one. And that’s what linear regression does it takes some set of input and linearly maps it to the output. Cool! So how do we find this line? Let’s see.

θo and θ1 are the same as c and m we’ll call them parameters. Our job is to find the value of parameters such that our hypothesis, hθ(x), minimizes the RMSE value. RMSE is called Root Mean Squared Error and it’s calculated by the following formula:-

Now, since in sklearn Linear Regression is done by OLS I’ll explain that since I’ll talk about Gradient Descent in the next article. For the above hypothesis we can find the parameters with the following formula:-

Now let’s try doing OLS on the above dataset:-

Well, the values look the same as we expected. But one thing to understand is that the above formula works only for data set where we have only one feature column. But in the real world that rarely happens so what about n feature columns?

Now we have a dataset with 2 features. Now let’s call this the X matrix now we have an X matrix with a shape (4,2) and let another matrix θ matrix which looks like [[θ1, θo]] and has a shape (1,2). Now we can write the hypothesis as the matrix multiplication of θT, i.e. transpose of θ matrix, and X matrix like:-

xo is still the column with all values as 1 and it can be rewritten as the matrix multiplication of θT and X.

Now that we know how it works let’s understand how we can code it.

To implement Linear Regression we use a library called sklearn and it comes installed in Anaconda. Linear Regression is present in sklearn under linear_model. In this section, we will see how the Python Scikit-Learn library for machine learning can be used to implement regression functions. We will start with
simple linear regression involving two variables.

In this regression task, we will predict the percentage of marks that a student is expected to score based
on the number of hours they studied. You can download the data here. This is a simple linear regression task as it involves just two variables. So let’s start by importing the libraries and loading the data.

Let’s plot our data points on the 2D graph to eyeball our dataset and see if we can manually find any
relationship between the data. We can create the plot with the following lines of code

Now that we have our data let’s create our LinearRegression object and train it on the data. To train the data we use the fit() method. Let’s do it.

From the graph above, we can clearly see that there is a positive linear relationship between the number of hours studied and percentage of the score.

The next step is to divide the data into “attributes” (inputs) and “labels” (outputs). Now that we have our attributes and labels, the next step is to split this data into training and test sets. We’ll do this by using Scikit-Learn’s built-in train_test_split() method:

We have split our data into training and testing sets, and now is finally the time to train our algorithm.

Now that we have trained our algorithm, it’s time to make some predictions.

The final step is to evaluate the performance of the algorithm. This step is particularly important to compare how well different algorithms perform on a particular dataset. For simplicity here, we have chosen the mean square error. There are many such metrics.

Congrats! You just coded your first ML model. It’s not the best result but we’ll learn more as we go on.

Tell us if you have any queries or if you found something wrong in this article.