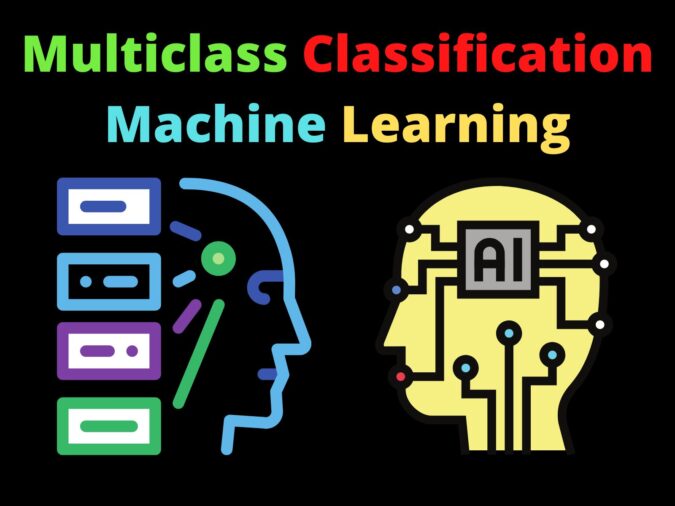 The fact that you’re reading this article is evidence of the fact that you’ve finally realised that classification problems in real life are rarely limited to a binary choice of ‘yes’ and ‘no’, or ‘this’ and ‘that’.

If the number of classes that the tuples can be classified into exceeds two, the classification is labelled as Multiclass Classification – so, essentially, it’s a matter of ‘this’ or ‘that’ or ‘that’…

If we were to be analysing sentences in the English language, to classify the words in it within different categories based on what part of speech they are, it would be a multiclass classification. For example, in the sentence “I am swimming in the water”, I can classify “I” as a ‘pronoun’, “am” and “swimming” as ‘verbs’, “in” as a preposition, and so on. Here, the final results of the classification are not limited to merely two, and hence, pose a much bigger and more complex challenge than binary classification problems do.

Where is Multiclass Classification used?

Sentiment analysis, which can be used to flag offensive texts online or to gauge public opinion of a product or person is a more novel use of Multiclass Classification. Along with that, classifying medical diagnoses into various classes based on the seriousness of the ailment, and classifying images of animals on the basis of what species they belong to, classifying images of humans’ faces based on what emotions their faces are depicting, are also wide uses of the classification system.

Further, classification of products on e-marts such as Zepto, Dmart, and BigBasket, for example, into ‘Cleaning Essentials’, ‘Bath and Body’, ‘Packaged Food’, ‘Hygiene and Grooming’, etc., is also a highly used application, along with the classification of malware in cybersecurity.

In Multiclass Classification, we classify each tuple into one category only. For example, in a library database, let’s say we have to classify each book on the basis of who the publisher is – there can be only one for every book, right? But the total number of publishers can be in the hundreds. Here, the classes that the tuples of data can be classified into are multiple, but only one for each book.

Alternatively, if I am classifying the books based on what genres they contain, it would be an example of a Multilabel Classification – every book could have multiple genres like romance, comedy, mystery, thriller, drama, etc… So every book can be given multiple labels here.
The below diagram elucidates the above-discussed concept:

The various Multiclass Classification techniques we have at our disposal can be categorised as follows:

The One-vs-Rest (or One-vs-All OvA, or One-against-All OaA) method is essentially training one classifier per class, with the samples belonging to that particular class as positives, and all the other samples as negatives.

The disadvantage of this method is that because only one class is considered positive at a time, and the rest are considered negative, this makes the Binary problems an imbalance classification. When such a class imbalance exists, the default behaviour of the Machine Learning Model becomes to over-classify the majority class. This might lead to higher accuracy, but the model that is made is biased, with a higher probability of misclassifying the minority classes. Handling imbalanced datasets is beyond the scope of this article.

They will be as follows:

At the time of prediction, a voting scheme is applied, and all the individual Binary Classifiers are applied to an unseen testing sample, and the class that gets the highest number of +1 predictions gets predicted by the combined classifier. This method too, though, suffers from certain ambiguities, where some regions of its input space may receive the same number of votes. Additionally, another major downside of this strategy is its computation workload. As each pair of classes requires its own Binary Classifier, datasets with high cardinality (or a number of columns) may take too long to train.

We will be using the Sklearn module for the implementation of a few of the above-discussed models.

The IPYNB with the code I have shown below can be found here.

Make_classification is essentially a tool to generate data with different distributions and profiles to experiment on. Since we are testing various algorithms and want to find which one works in what cases, then the data generators help us generate case-specific data to then test the algorithm.

Here, X and y are as shown below:

X is essentially just the generated samples, and y represents the integer labels for the class membership of each sample.

train_test_split just splits the input arrays into random train and test subsets. Here, the test_size 0.3 indicates the proportion of the dataset to include in the test split, and the random_state controls the shuffling applied to the data before applying the split – it simply sets the seed to the random generator, ensuring that our splits are always deterministic; failing to do so will lead to a different split each time.

ExtraTreesClassifier is a type of ensemble learning technique to aggregate the result of multiple de-correlated decision trees collected in a “forest”, not entirely unlike the Random Forest Classifier, from which it only differs in the manner of the construction of the decision trees in the forest.

The accuracy I get for the classifier is 0.6933, and the confusion matrix obtained is as follows –

The confusion matrix is a mapping of how many values were actually predicted correctly. The lower the numbers outside the leading diagonal, the better the classifier.

This is the code for running the OvR algorithm on the dataset. I get an accuracy of 0.473. The value returned from len(OvR.estimators_) is 4, which is the exact number of classes we have, since we have set n_classes to be 4 in the make_classification function.

This is how we run the OvO algorithm on the dataset. The len(OvO.estimators_) returns 6, which is the number we get on substituting the value 4 in the above-discussed formula.

Further, we get the accuracy of the classifier as 0.73, which is a substantial improvement from the previous one.

The Confusion Matrix obtained is as follows –

It is to be noted that we can get varying values of these numbers as the dataset is generated and split randomly. While OvO is known to have greater accuracy than OvR as we have discussed in detail above, the differences in the values might be virtually incomparable for datasets with low cardinality.

I am a Computer Science Engineering undergrad, passionate about coding and teaching.
Linkedin Github