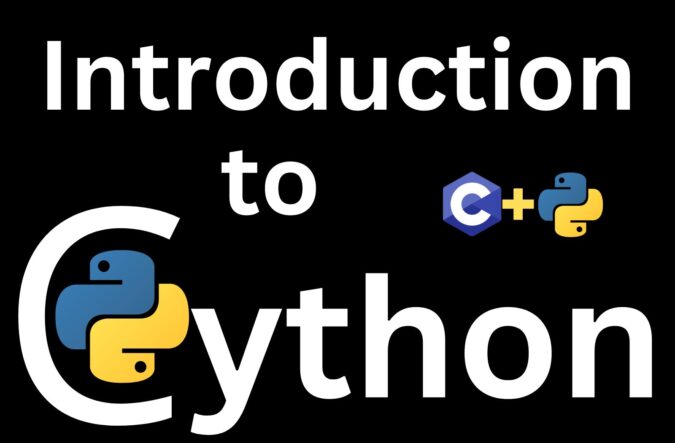 In the world of programming, where there is a demand for better and faster solutions to problems, the demand for languages that provide programmers with a high degree of performance has risen. In this blog post, you will learn about Cython programming. Cython is a combination of Python and C programming language that enables us to create fast and small Python programs. This article covers everything about Cython Programming that you need to know, including its history, advantages, installation instructions, and much more.

Cython is a hybrid programming language that combines the dynamism and readability of Python with the performance and static typing capabilities of compiled languages like C or C++. This makes it an excellent option for developers who want to build fast, reliable Python packages that have access to low-level system libraries.

Cython’s syntax is very similar to standard Python, so you should be able to learn its basics in just a few minutes. The syntax may feel familiar, but under the hood, it’s nothing like standard Python. Cython is not dynamically typed and has a very different type system than standard Python. You can think of it as ‘restricted’ Python, which has some limitations on what and how you can do.

The main reason to use Cython is to increase performance in Python code. Cython does this by taking the Python source code and compiling it down to equivalent C code. This allows for fast execution of Python code by using the speed of C code.

These are some other advantages of using Cython:

To get started with Cython, you’ll first need to install it. Cython is currently included in the standard library of some Linux distributions, so you may be able to install it with your package manager. If not, you can download Cython directly from the official website. Cython is compatible with Python 2 and Python 3.

The installation of Cython on various operating systems, such as Windows, Linux, or Mac OS, is covered in detail in this video. Click here for more details.

Working with C Libraries in Cython

Cython’s ability to access low-level system libraries makes it a great option for building Python packages that rely on C. For example, the NumPy and SciPy scientific computing libraries are written in Cython and rely on low-level system libraries.Cython is a superset of Python, which means you can run standard Python code in a Cython module. This means that you can also use Python’s built-in libraries from within your Cython code. You can also use Python’s “cimport” syntax to import and call functions and classes from C libraries. In Cython, you would write this with the “cdef” syntax.

A case study demonstrating the speed of Cython over Python

We have created a file name fact.py

This is a simple python program that returns the factorial of a given number.

Step 2: Create a cython file having a .pyx extension

We have created a file name cfact.py

You need to run this file using the following command:

Step 4: Create a python file name benchmark.py to check the performance of our code

Cython is a powerful programming language that can be used for many different things. It’s a great way to optimize Python code and call C libraries from Python. If you want to make your Python code faster and smaller, Cython is the way to go.

In this article, we’ve talked about why you should use Cython, what the differences between Cython and Python are, and we’ve also talked about the limitations of Cython.

We also demonstrated how Cython is quicker than python using a factorial program, where we witnessed an unbelievable speed of code execution, and how we can use this to develop amazing applications that can be performed in less time and space.