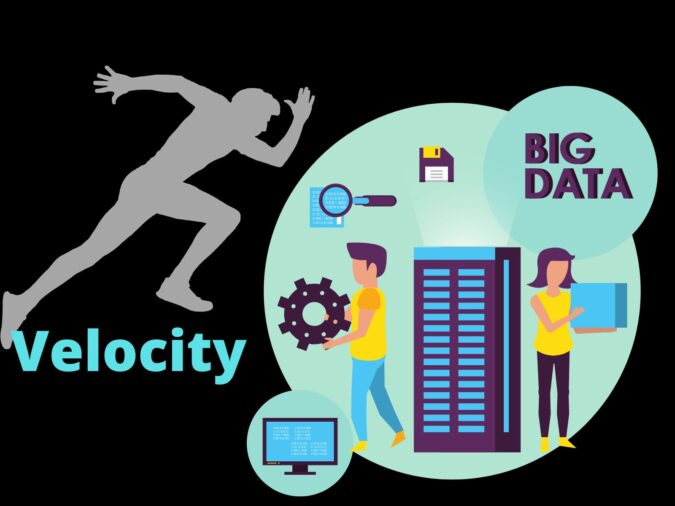 Velocity is one of the three V’s of Big data. The 3 V’s of Big data are Volume, Velocity, and Variety. Velocity refers to data generating, increasing, and sharing at a particular speed through the resources. Velocity in big data denotes two things mainly the Speed of growth and the Speed of data transmission.

In the past few decades, the data generated and consumed increases day by day through various resources. As you see, users on social media as well as the content increasing every day, by which a massive bunch of data is generated. In addition to Social media, IoT is also superior technology for contributing to big data.

Apart from the amount of data, the Speed of data generated also takes a major role in identifying big data. Data is increasing in a rapid manner which makes it very complex to process fast and makes it difficult to transmit quickly. Big Data helps the company by accepting the incoming flow of data and at the same time processing it in the fast possible way.

For Example, Lakhs of videos are being uploaded to Youtube every single day. Twitter generates Millions of tweets per day, and the rate of speed of the generation of data and rate speed of transmission of data is very high.